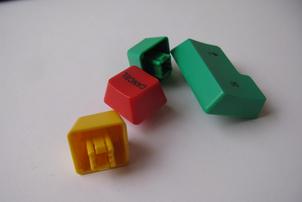 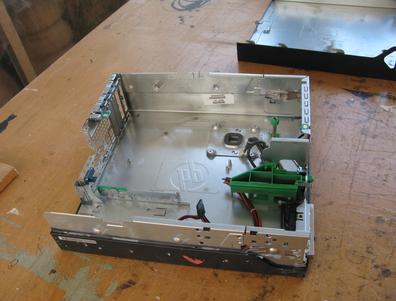 The lampshades were made of the same CPU cases, cut, rolled and riveted together to make the conic shades. 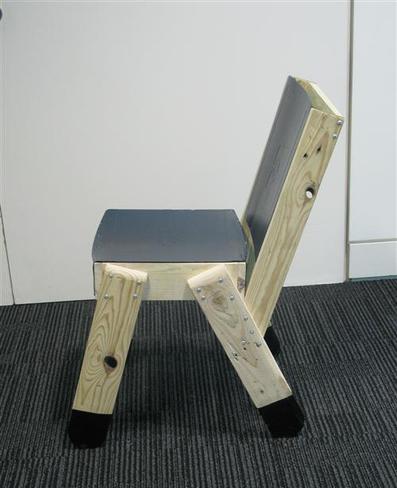 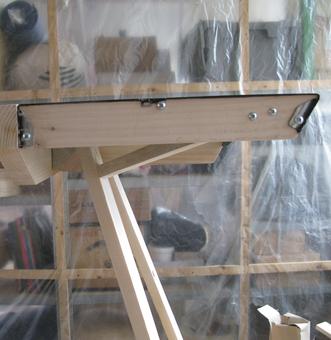 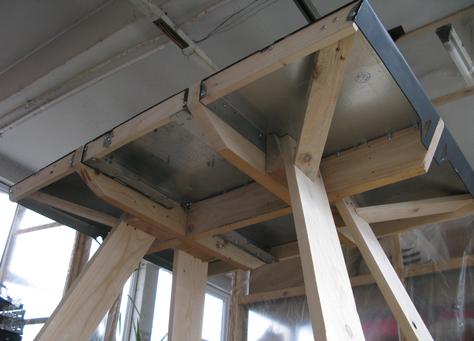 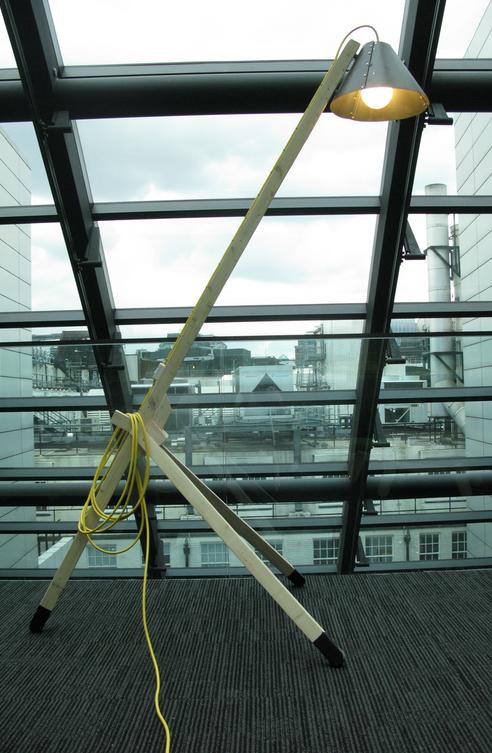 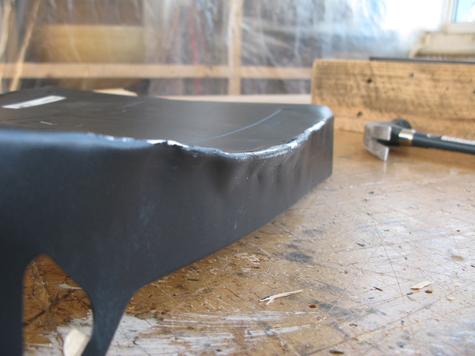 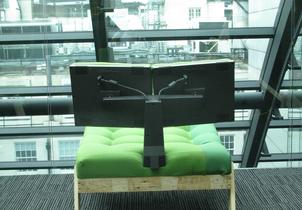 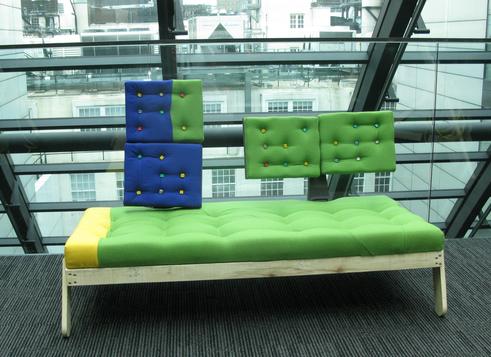 The top half of the CPU shell was the was used for the seat. I hammered it into a concave shape. This gave it a comfortable curve to sit on and also created the protruding lip in the front and back, making the seat panel more rigid. The metal cases were not cut and the dimensions of the seats were all derived from their size.  This allowed me to keep the folded edges and make sure there are no sharp edges to snag on expensive suits. The powder coating on them was hard enough to stay on and (mostly) not crack with the beating. The fixing points for all the inner components left plenty of pre drilled holes to screw through, making them act as very large brackets / panels

​The buttons are made from the coloured keys taken off the Bloomberg specific keyboards.

a nice little detail is in the socket bearing that the double screens are mounted on. Used as back rests, the double screen arrangement gives in as you lean into it and curves around your form. 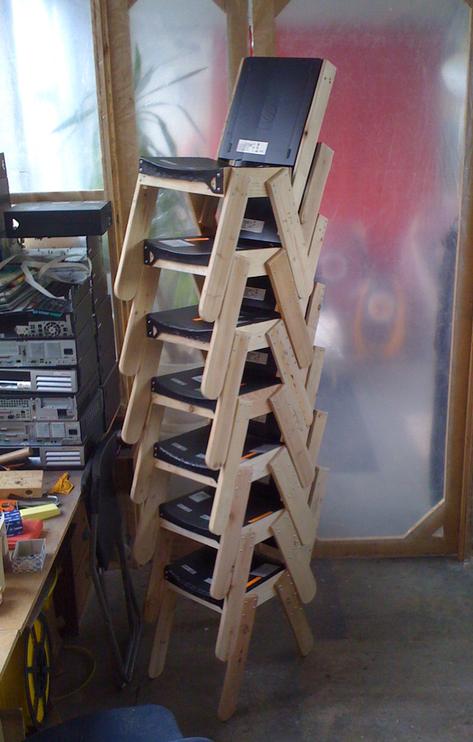 Hammered and Wasted are two furnishing systems designed for work and rest areas in Bloomberg’s London offices. The pieces were made entirely (with the exception of screws) from materials taken from the company’s recycling centre in east London.

Wasted ​For the Hammered series I used wood from cargo palettes to make the frames of the chairs and tables. For the seat and backrest I used the metal cases from old computer CPUs.
The light colour timber and the matt powder coated black of the computer cases reminded me of the suits the office was filled with. Black and white and uniform, much like the office furniture. ​

Hammered ​​For the Wasted Series I used the wood from the cargo palettes from Bloomberg's recycling facility again and the fabric and foam from their old seating arrangement. You can double the life span of some upholstery fabrics by turning them inside out. Handy.

I used the double screens from the offices as back rests, replacing the actual screen with cushions. The buttons are keys from Bloomberg's keyboards. 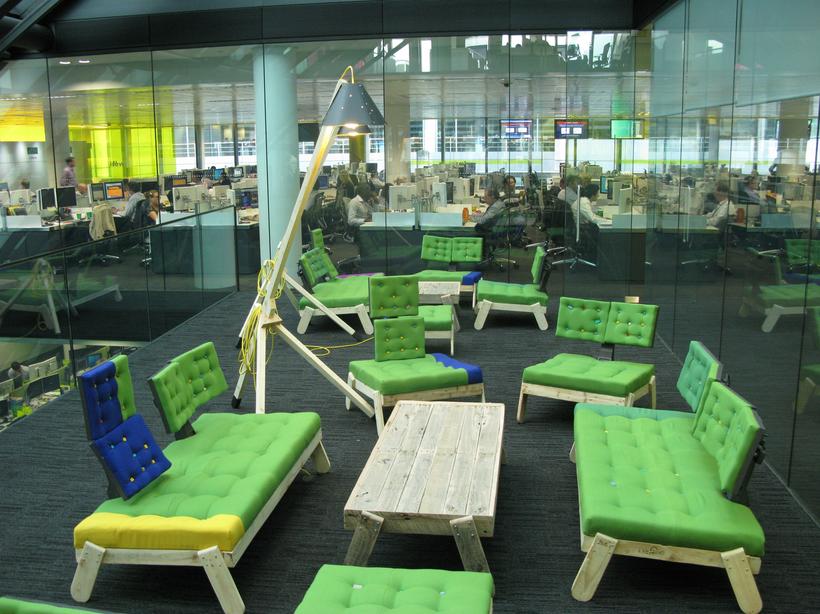 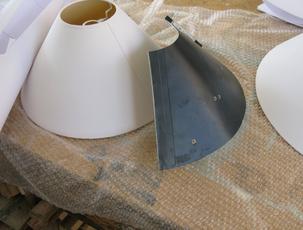 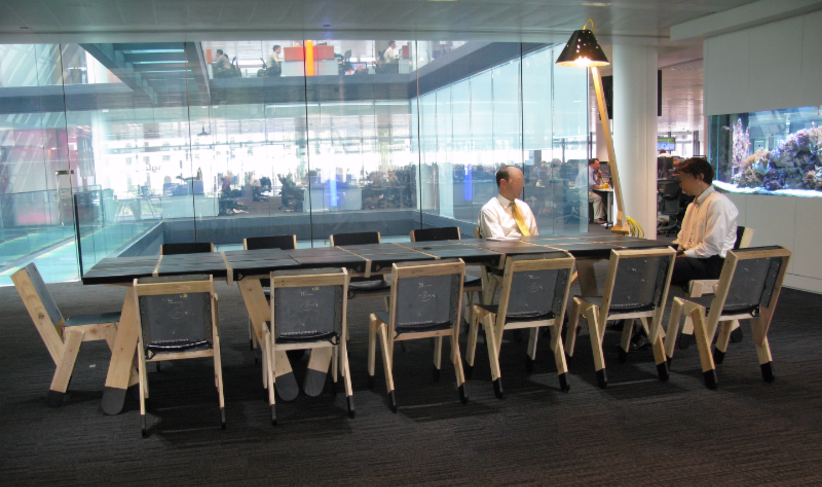 Joy of joys! They stack. 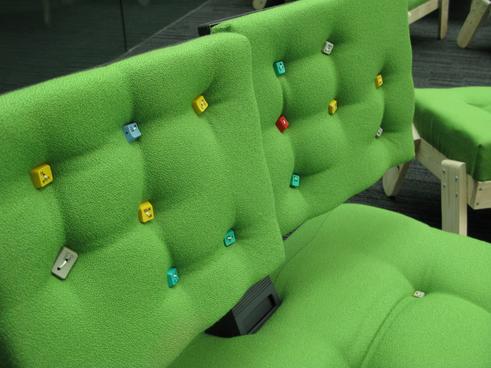 The metal panels with their tabs and pre-drilled holes, effectively work like very large connectors for the wooden frame. I was able to use them like  brackets in the wooden grid and create very large surfaces. The modularity ingrained in them through their own fabrication process remains a defining characteristic. They suggest a construction method and determine the appearance. 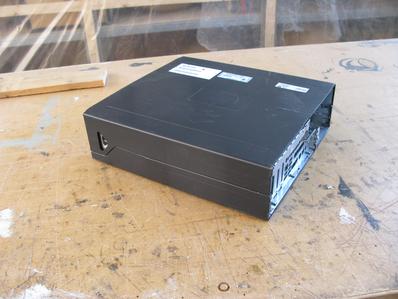 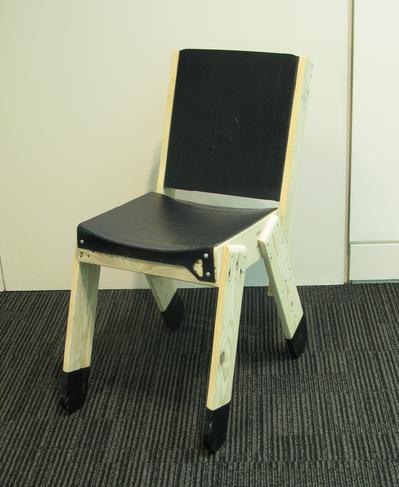