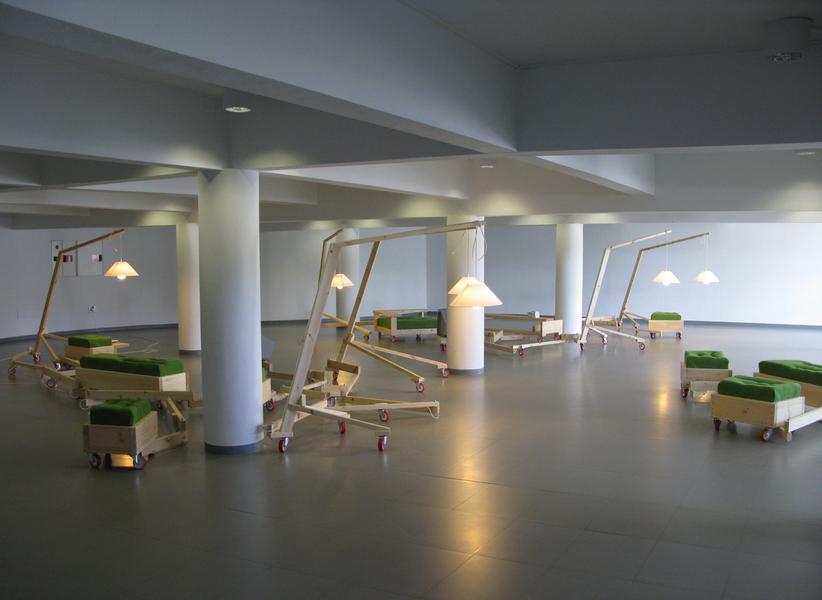 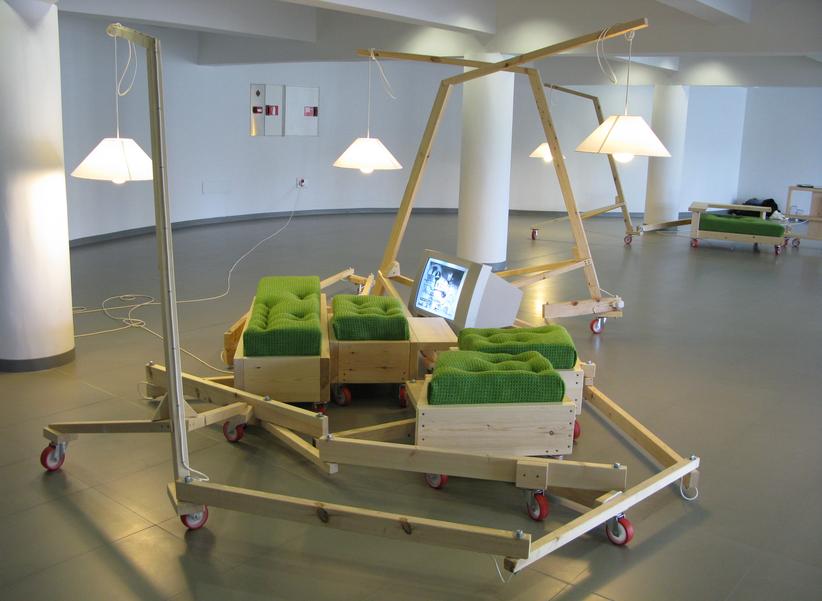 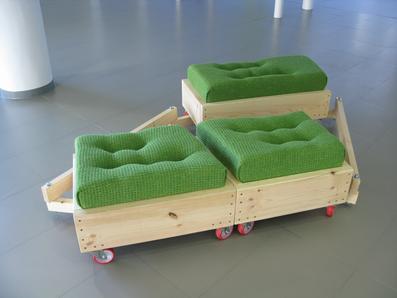 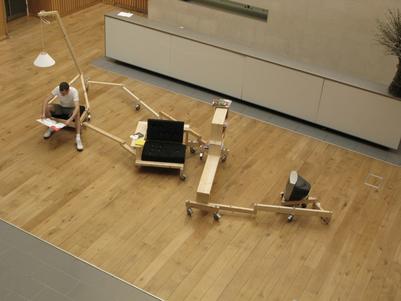 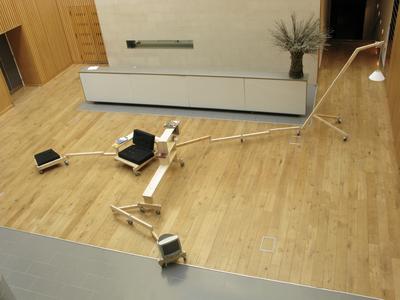 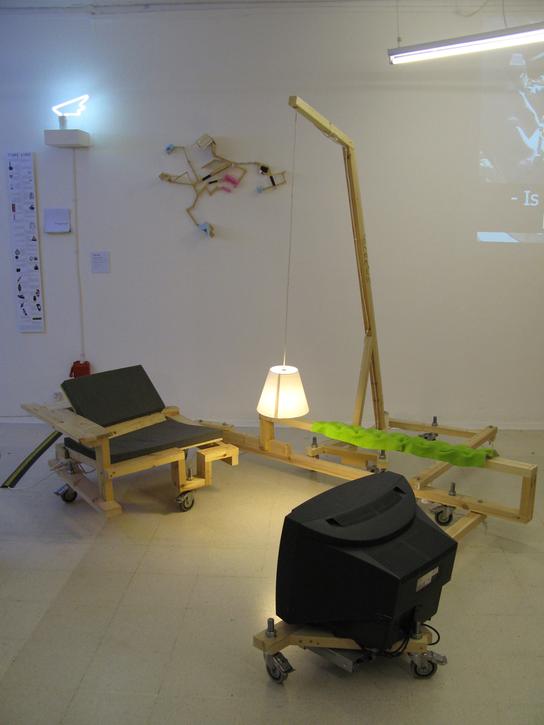 The concept model on the wall in the back and a full scale interpretation of a section of it. The inevitable micro environment of tv, sofa and reading light. 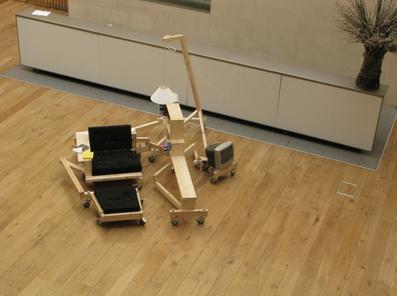 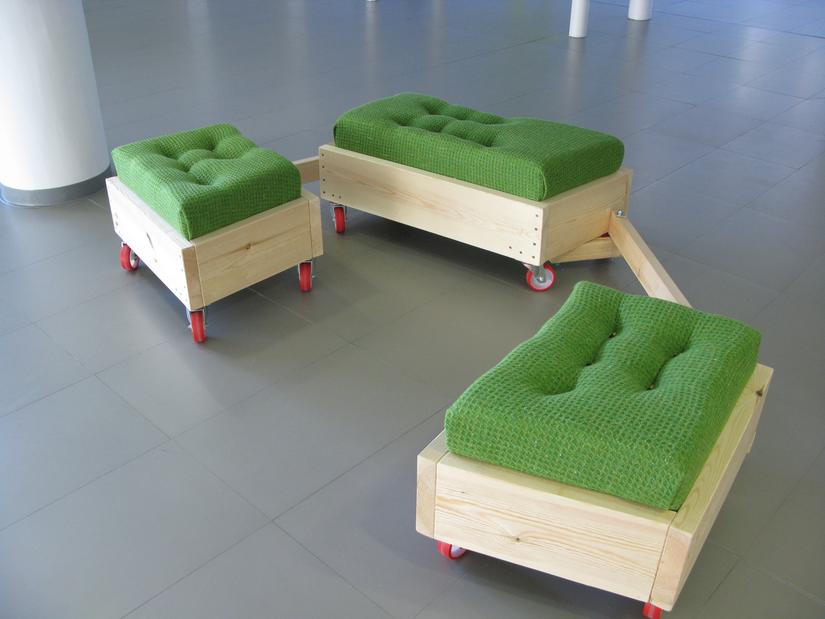 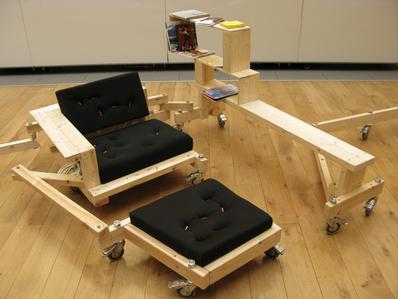 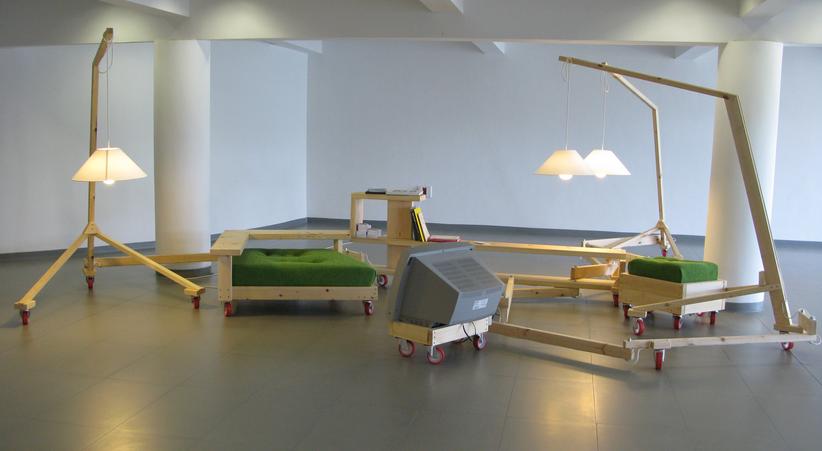 Endoskeletond and Exoskeletons  our own bodies are supported by an internal skeleton and yet our notion of shelter and safety is often manifested in the word 'shell'. Abstract ideas of safety and security are dependent on the being of the physical body surrounded and encapsulated, as if inside shell, an Exoskeleton. The houses we live in are a representation of this idea. The way we occupy our houses reveals some things about this relationship. We live inside shells. When we move into a new house we get an empty container, we put down our belongings and find a place for every thing and in doing so we draw the map by which we'll live our lives, moving from room to room, from one thing to the other. By the time we leave, we will have left trodden paths in the floor; between the T.V. and the sofa, between the fridge and the living room. These paths represent axes of significance on which our lives have moved.

I have taken these axes and drawn them in material; linking together different functions of the house and positioning them on a skeletal structure. I’ve built a system that operates on the same principals as our bodies, with an arching movement governed by pivot points. Different components can now be coupled in new configurations; the fridge and the sofa can now be brought together, I can have my library in the toilet and my lounge outside. The space is now drawn around the function rather than contain it. The resulting structure has its own dynamic character; every movement of one part makes the space react with a movement of another. The motion is nearly controlled but not quiet; the mechanism is familiar enough to encourage you to fit into it.

The living house becomes an extension of my limbs rather than a series of containers for my life.